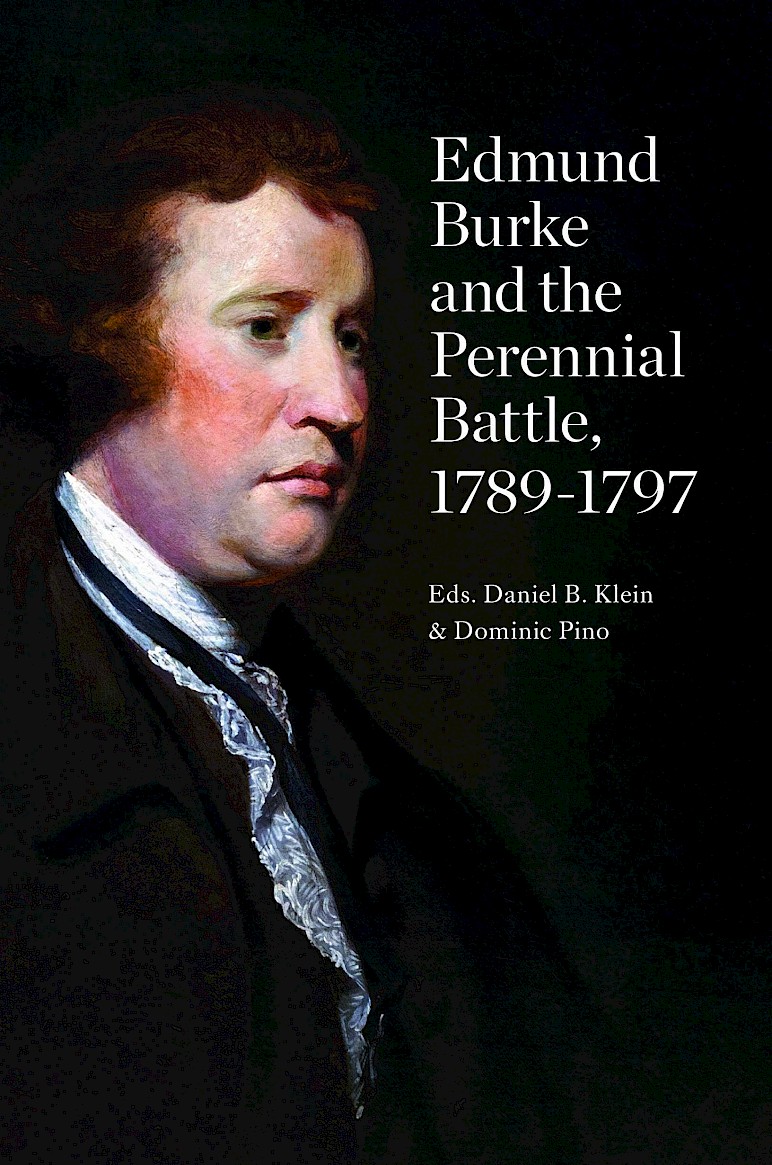 Edmund Burke’s interpretation of the revolution in France, beginning 1789, is nothing short of an interpretation of human nature, and of Western civilization. Edmund Burke and the Perennial Battle, 1789-1797 collects the most penetrating and timeless passages of Burke's writings from 1789 until his death. Published in partnership with:

Endorsements of Edmund Burke and the Perennial Battle, 1789-1797

Now the most penetrating and timeless passages of Burke’s writings 1789 to his death in 1797 are collected for accessible enjoyment and edification. The passages come from Reflections on the Revolution in France (1790), An Appeal from the New to the Old Whigs (1791), Letters on a Regicide Peace (1795-96), and six other writings penned during those momentous years. The editors of this volume have left the bulk of those texts behind, selecting only crisp and cogent passages. The result is not a mere collection of nuggets, but a sourcebook of Burke’s most profound body of thought.

Burke instills appreciation of liberty and of its dependence on a political order that is stable, functional, reasonable, and reformable. He interprets the French Revolution as downstream from human nature and human instinct, but also as the expression of a new and wrongheaded quasi-religion. He exposes its dogmatism, rationalism, hypocrisy, incivility, and chic radicalism. Our modern world, he exhorts, must not forsake the morals and beliefs upon which liberal arrangements depend.

Hear a living voice, now urgently relevant. With candor and openness Burke pours out his sentiments and bravely expresses the farthest reaches of his understanding of the moral universe. His brilliance, erudition, and passion are on full display, a soul offering a statement for the ages.