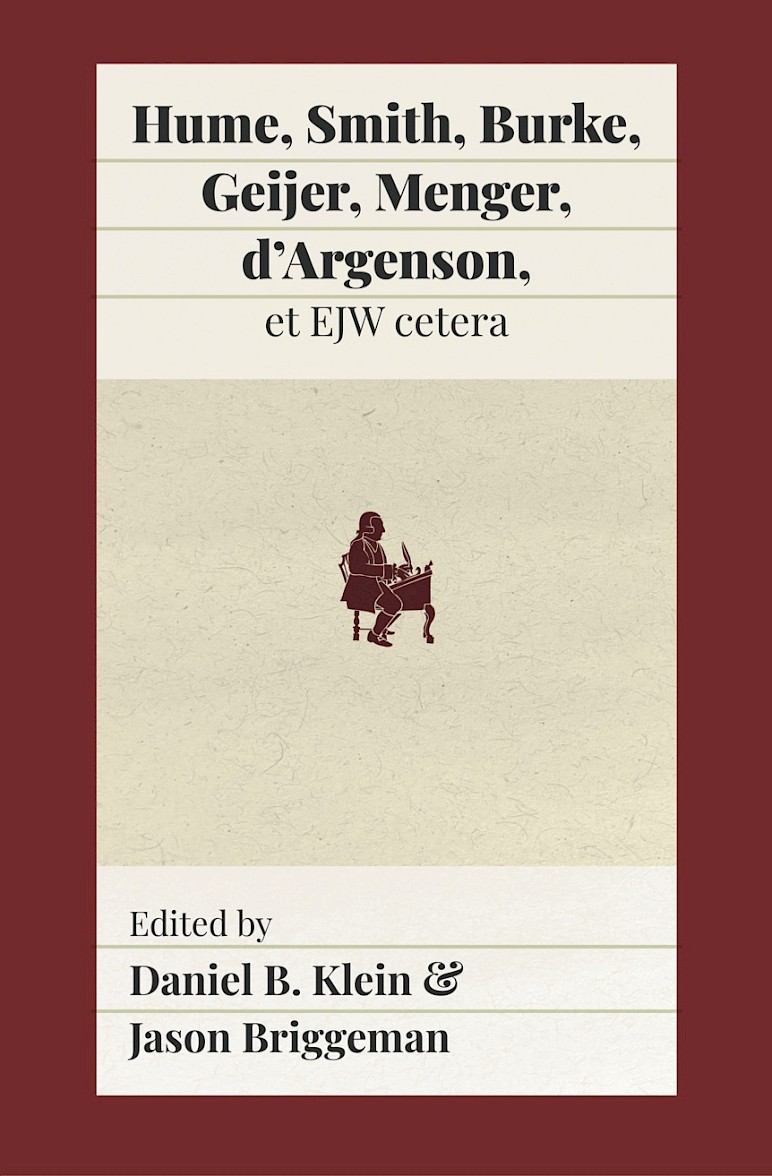 This volume contains a selection of 15 items published in Econ Journal Watch (EJW), including Hume's original account of his affair with Rousseau. Adam Smith also looms large. Two items are by Edmund Burke. View content list  below (or by clicking LEARN MORE...).

Econ Journal Watch (EJW) is an online journal led by the present editors. EJW publishes material on characters it finds admirable, including David Hume, Adam Smith, Edmund Burke, Erik Gustaf Geijer, and Carl Menger. This volume of 357 pages collects 15 gems by or about such figures and related items. Most notable is Hume’s original account of his episode with Jean-Jacques Rousseau. Several of the items had been neglected, such as a glorious essay by the great French liberal Marquis d’Argenson, who was born 17 years before Hume. Another is a remarkable squib from Edinburgh in 1758 against monopoly privileges for barbers. The material is online at econjwatch.org, but this volume makes tangible a mansion of sympathetic company.