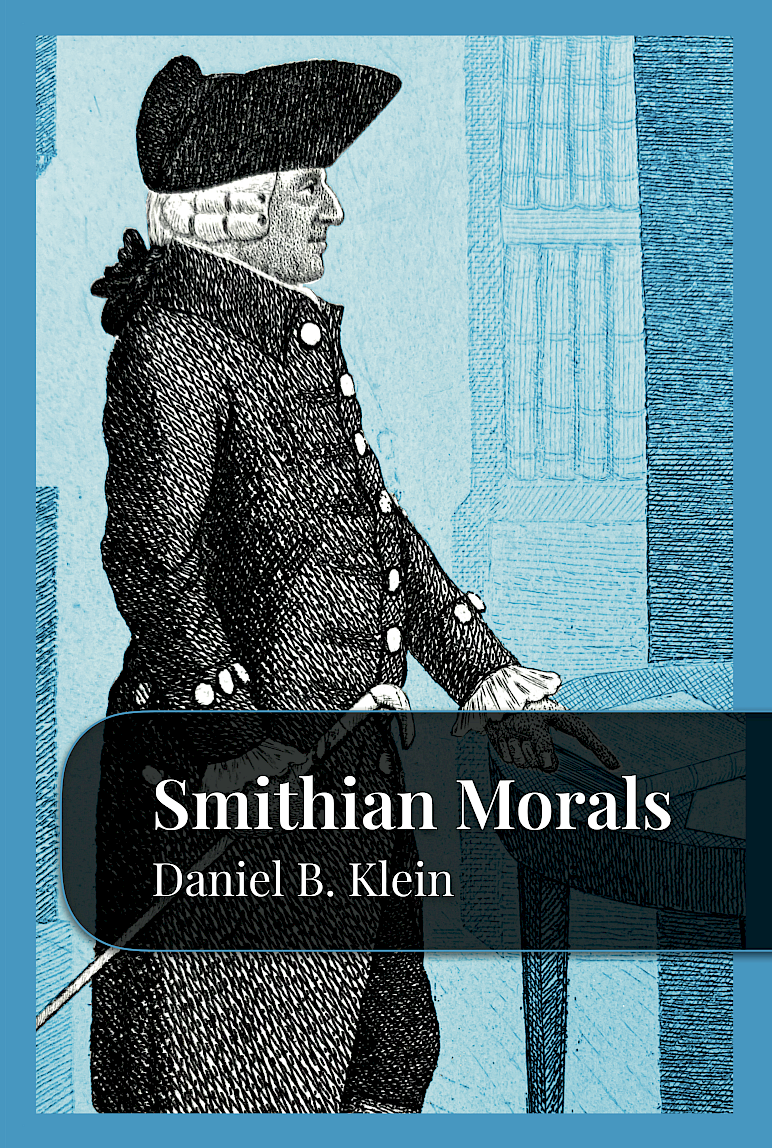 Smithian Morals takes up Adam Smith’s thought on justice, virtue, propriety, beneficialness, liberty, God, and the conscience. Smith is pursued as exemplar, sage, moral guide, and therapist. Smith teaches us to think dialectically. At the center of Smith’s thought Klein sees a robust affirmation: “allowing every man to pursue his own interest his own way, upon the liberal plan of equality, liberty, and justice.” Smith teaches a presumption of liberty. The strength of that presumption is up to us. Smith’s liberalism is outspoken to the point of abolitionism on particular issues, but in a broader sense it is conservative; it is an engaging, humane conservative liberalism. It emanates from a true moralist and his philosophy of virtue. Smith teaches a presumption of liberty not from first principles or purportedly self-evident propositions. He picks up midstream, mindful of the waters about all he treats and about his own weather-beaten vessel, for he is coursing upon the waters with us. As interpreter of Smith’s texts, Klein is open about his tendencies toward classical liberalism, non-foundationalism, and esoteric reading.